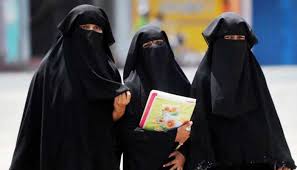 Karnataka: The Karnataka high court on Friday reserved its judgment in the matter involving the restrictions imposed on wearing the hijab in classrooms after two weeks of daily hearings of a batch of petitions filed by Muslim girls from government pre-university colleges in the Udupi district. Before the hijab-linked petitions were reserved for judgment, S Balan, a social activist and lawyer, filed a public interest litigation (PIL) stating that Muslim girls were being harassed by the media and the education authorities by forcing them to remove headscarves outside school and college campuses.

The HC full bench comprising Chief Justice Ritu Raj Awasthi, Justice Krishna Dixit and Justice JM Khazi did not issue any orders but disposed of the PIL, saying “whoever is aggrieved can make complaints to appropriate authorities”.

Meanwhile, Kannada film actor and activist Chetan Kumar A, who was arrested for allegedly making comments against a Karnataka High Court judge, was granted bail on Friday. Also, all the 10 people arrested in connection with Bajarang Dal worker Harsha’s murder have been sent to police custody till March 7 by a local court in Karnataka on Friday. In other news, days before the presentation of the state budget, Karnataka chief minister Basavaraj Bommai said his government is focused on the welfare of minorities, especially those steeped in poverty, through programmes founded on social development and social justice.(The Indian Express)