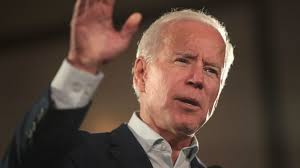 WASHINGTON: US President Joe Biden said on Wednesday that Russian President Vladimir Putin's attack on Ukraine was premeditated and unprovoked.Biden sharply criticised Russian President Vladimir Putin on Tuesday and led a standing ovation for the embattled Ukrainian people in a State of the Union speech that he rewrote to address Moscow's invasion of Ukraine.Here are the key points of Biden's address:*While Putin may make gains on the battlefield – he will pay a continuing high price over the long run.

*US forces are not going to Ukraine to fight against Russian military.*Orders on blocking Russian aircraft and airlines from entering and using all US airspace will be fully in effect by the end of Wednesday.*The world has 'isolated' Vladimir Putin for sending Russian forces pouring into Ukraine.*US is working to seize yachts, apartments of Russian oligarchs, says 'we are coming for your ill-begotten gains'.*Putin's war was premeditated and unprovoked. He rejected efforts at diplomacy. He thought the West and Nato wouldn't respond. And, he thought he could divide us here at home. Putin was wrong. US is ready.*Together with our allies, US is providing support to the Ukrainians in their fight for freedom.*US will continue to aid the Ukrainian people as they defend their country and to help ease their suffering.*Putin may circle Kyiv with tanks but he'll never gain the hearts and souls of the Ukrainian people, and he will never weaken the resolve of the free world.