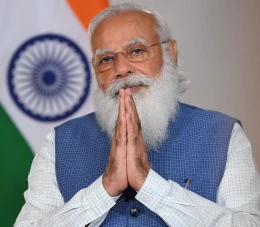 PM Modi says, Govt of India will provide free vaccines to states for all above 18 years starting 21st June

Mr Modi said, the task of monitoring it will remain with the state Governments. The Prime Minister said, seven companies are working on developing vaccines and three trials are underway. He said, research is also underway on nasal vaccines. He said, trials have been started to determine the safety of the vaccines on children. Mr Modi said, in this fight, apart from following COVID Appropriate Behaviour, COVID Vaccine is the only protective gear that can save us from the virus. He said, Made in India vaccines are saving lives across the world.

The Prime Minister informed that Pradhan Mantri Garib Kalyan Anna Yojana has been extended till Diwali. He said, in this time of pandemic, the Government is standing with the poor. Mr Modi said, free food grains will be available in fixed quantity every month to more than 80 crore countrymen till November.